As with other golden minerals, heliodor is warming, bringing delight and joy; but it is subtler than most, as it stimulates ‘inner’ happiness that is more internal and detached, building self-confidence and allowing us to feel less dependent on others. It aids elimination of toxins, including in cases of food poisoning, and supports and treats filter and digestive organs, such as the liver, kidneys, gall bladder and pancreas.

History and Tradition:
Interestingly, although a very old name, there appears to be confusion about its origin. One source (Schumann) says it comes from India; while two others (MinDat and Bonewitz) suggest it is from the Greek ‘beryllos’, referring to a variety of green stones. Neither provide an indication as to its meaning. 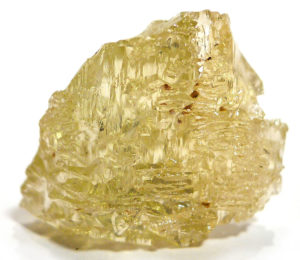