Properties:
Mica is an excellent protection mineral, as it is not only insulating, but its reflective surface deflects negative energy and ‘psychic attack’. Because of its non-conductivity, it is very helpful in creating a shield against electromagnetic radiation, and can be placed on a desk between the user and a computer. When held, it earths electromagnetic radiation through the feet. Mica’s mirror-like quality also facilitates self-reflection and deep inner work. It can help us to recognise when our thoughts or behaviour are being mirrored back to us by others, and when it is appropriate as a practitioner to mirror back to our clients. Sheets of mica are surprisingly flexible, and the mineral teaches us to be strong and organised, whilst at the same time pliant – especially with issues involving our relationship and interaction with others. Mica of any variety clears stagnation, and stimulates and balances the body’s electrical system. It does the same for the energy pathways or meridians; different micas may each have a strong connection with a specific meridian. Mica can be over-stimulating for some people. This in itself is not dangerous, but might lead to a mild headache, and some gentle caution is recommended when working with clients who have pacemakers. Melody suggests that mica can bring clarity in psychic visions, and allows us to see and recognise the flaws in humanity (and individuals), and still remain in a state of love, acceptance and compassion with humankind.

In addition to the general properties of muscovite mica, the green colour makes fuchsite even more heart-centred than ordinary muscovite, and amplifies its quality of acceptance. It helps us to see the flaws in humanity while still allowing us to feel love and compassion. In this capacity, it can assist us in finding solutions to problems during interaction with others. The included chromium lifts the spirits, balances, boosts the immune system, and is particularly helpful in treating skin conditions.

Mineralogy:
Mica is a group of potassium silicate minerals, which contains other elements according to variety, and is among the principal rock-forming minerals. It forms in thin composite layers, which are strongly linked together, and will easily cleave into thin sheets that are both flexible and elastic. The crystal system is usually monoclinic, but it most often forms as an aggregate. The most common colour is silver (muscovite mica), but it can occur in pink to mauve (lepidolite), green (fuchsite), black (biotite), red (simply known as “red mica”) and bronze (phlogopite). When contained in other minerals, such as aventurine, it can give them a glittery appearance. The ionic charge of the molecules allows for the introduction of a positively charged potassium ion between the silicate layers, strongly linking the composite layers.

History and Tradition:
The name mica was probably used in the mineralogical sense by 1706, the name was originally “smicka” from the Latin micare – to flash or glisten (in allusion to the material’s appearance). The Russian name isinglass predates the use of “mica” as a mineral term and was in use from at least 1535, when mica was used to glaze windows. The term isinglass also referred to the sturgeon fish whose pearly scales flake off, resembling mica.

Industrial Uses: Thin layers of mica sheet have been used for centuries in place of window glass, especially in the Pueblo cultures of Southwest US, as well as in Russia. It has a low thermal capacity (it does not conduct heat), and is non-flammable, so was used to make windows in wood- and coal-burning stoves in the 19th century, before the invention of heat-resistant glass. This, plus its good dielectric properties (ability to transmit electrical force without conduction), means it is much in use as an insulator within the electrical and other industries.

Fuchsite was named in 1842 by Karl F. Emil von Schafhäutl in honour of Johann Nepomuk von Fuchs (1774 – 1856), Professor of Chemistry and Mineralogy at the University of Landshut, and curator of the mineralogy collection. 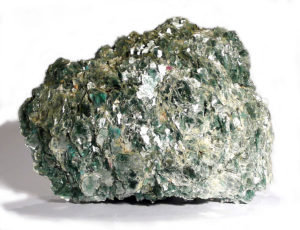 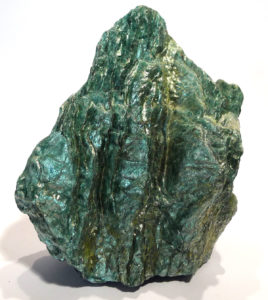 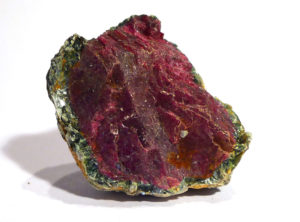 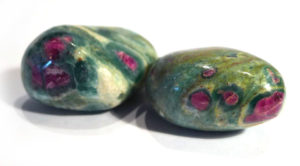