Fluorite crystals form as cubes or octahedra, and well-formed cubic crystals will also cleave into octahedra. In Sacred Geometry, the octahedron is aligned with the element Air, and the Heart Chakra. It is symbolic of humanity, compassion, heaven/earth connection, the natural world, and the purified state of matter, and is used to alleviate stress, and bring clarity in confusion – the last two attributes are also associated with fluorite, the mineral.

Use fluorite octahedra to calm anxiety, bring clarity and understanding to difficult or chaotic situations, and strengthen compassion and respect for others, thereby helping groups to work together more effectively and coherently. It enhances spiritual connection as well as understanding of nature and the natural world. In meditation, a fluorite octahedron can represent a vehicle (one half of the MerKaBah) to aid journeys into other realms or dimensions. 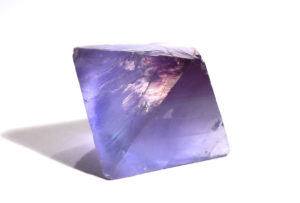 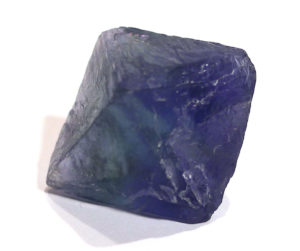