Bingham Blue fluorite is the ‘blue sky’ mineral. When feeling confused, depressed, or overwhelmed, it clears away the clouds and facilitates inner expansion, bringing clarity, lightness, a fresh outlook, and optimism. It can clear the Throat Chakra, whether the issues are physical (including neck problems), emotional or spiritual, as well as supporting the Heart both emotionally and physically. The focus of its energy is around the head, throat and heart, but there is no sense of ungroundedness when using it. That, combined with ‘lightness’, making the physical body feel almost weightless, makes it a superb mineral for ascension and transformational work.

Other blue fluorites will have similar qualities, particularly the sense of inner expansion.

Bingham Blue is usually available as small, distinct cubes (around 1-2 cm) scattered over a matrix. It is most commonly pale sky blue, but colour zoning ranges from pale purple to violet in high quality specimens. It originates from the Hansonburg mining district, a series of lead mines worked mainly in the early 20th century.

History and Tradition:
Fluorite was named in 1797 by Carlo Antonio Galeani Napione from the Latin fluere, meaning “flow”, due to the ease of melting when used as a flux in smelting and refining of metals. The phenomenon of fluorescence was first observed in fluorite, giving the phenomenon its name (rather than the other way around). Fluorine also derived its name from fluorite, as it is a major source of the element.

Bingham Blue was named for the nearest town to the Blanchard and TexMex mines, where it was discovered. 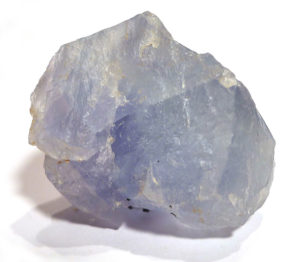 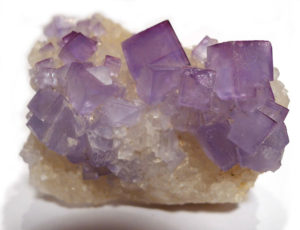 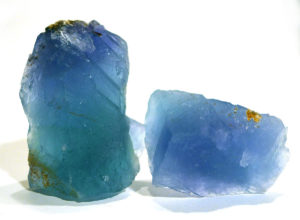