Emerald supports and encourages spiritual growth and clairvoyance, and allows us to gain a sense of beauty and justice. It is detoxifying, supports the immune system, and balances on every level. Emerald strengthens communication and friendship, and bestows harmony, unity and cooperation. Through its balancing effect, it helps us to recover from misfortunes and dramatic changes in our lives, and inspires us to embrace optimism and joy. It is still used in modern crystal therapy to treat eye conditions and epilepsy.

Emerald’s classic green colouration is due to the presence of trace amounts of chromophore, such as chromium and vanadium. Although widespread, Colombia is by far the world’s largest producer of emeralds (50 – 95%, depending on the year). The Colombian mines are becoming mined out, and the material is so valuable, it is cost prohibitive for most crystal therapists to purchase high-quality emeralds. However, it should be possible to source lower quality examples as tumble stones and rough pieces.

History and Tradition:
The name emerald originates from the ancient Greek σμάραγδος – smaragdos, meaning “green gem”. This later became the Old French esmeraude and Middle English emeraude, both corruptions of the Vulgar Latin esmeralda.
In antiquity, the name appears to have been used for a variety of green stones, including peridot, malachite, green jasper and chrysocolla, so much lore surrounding it is confused with other minerals.

Of all gemstones, emerald appears to have the most ancient lore and folklore associated with it. There is evidence that emerald was known in Babylon from around 4,000 BC. The Ancient Egyptians believed emerald to be a symbol of fertility and life, and more recently it was regarded by the Aztecs to be a symbol of seasonal rebirth. Aristotle wrote that emerald increases the owner’s importance and improves speech, aids in cases of litigation, and prevents epilepsy. The Greek historian Theophrastus (3rd century BC) wrote that it emits light when submerged in water, and that it soothes the eyes (although a number of scholars believe in this case he was referring to chrysocolla). Damigeron (2nd century BC) also mentioned its help in business, public speaking, and litigation, and added that it comforts and soothes the eyes. Much of Damigeron’s knowledge appears to have originated from ancient Egyptian customs. Pliny the Elder, in A Natural History, vol. 37 (1st century AD), wrote that emerald improves the eyesight, and gazing on it refreshes the eye when wearied by close, intensive work. He also recognised the possibility that emerald was a form of beryl.
More recently, Marbod, Bishop of Rennes (12th century) wrote that emerald promotes candour, sharpens the wits, confers dignity and discretion, and makes the wearer agreeable and amiable. Hildegard von Bingen (11th century) rated emerald highly, stating that it is “powerful against all human weakness and sickness”. She recommends it for treatment of ailments of the heart, stomach and side, epilepsy, severe headache (possibly migraine), excess mucus, and worms. Treatments involved placing the emerald in the mouth or on the body, and making an essence using wine. Jean de Mandeville’s De Lapidaire (14th century) suggests its use to cure fevers, skin conditions and eye problems, as well as for increasing honeybees (the translation is unclear as to whether this refers to numbers or output), and turning away tempest and malevolence. He goes on to say that it should not be worn by those who live a “carnal life”, as apparently sexual activity will cause the stone to go dull. However, it should be mentioned that in ancient Egypt emerald was known as the “lovers’ stone”, as it was believed to increase love and bring fertility. Epiphanii, in De XII Gemmis (16th century), said that emerald would reveal future events. Morales (De las piedras preciosas, early 17th century) claimed emerald had the ability to prevent magical enchantments.

As with aquamarine, in the Middle Ages emerald was believed to reveal the truth. It was also used to foretell the future, protect the wearer from enchantments, sharpen the wits and aid public speaking. 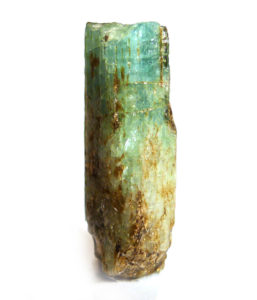 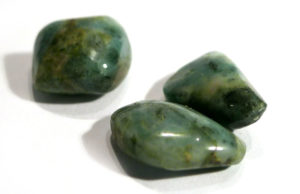 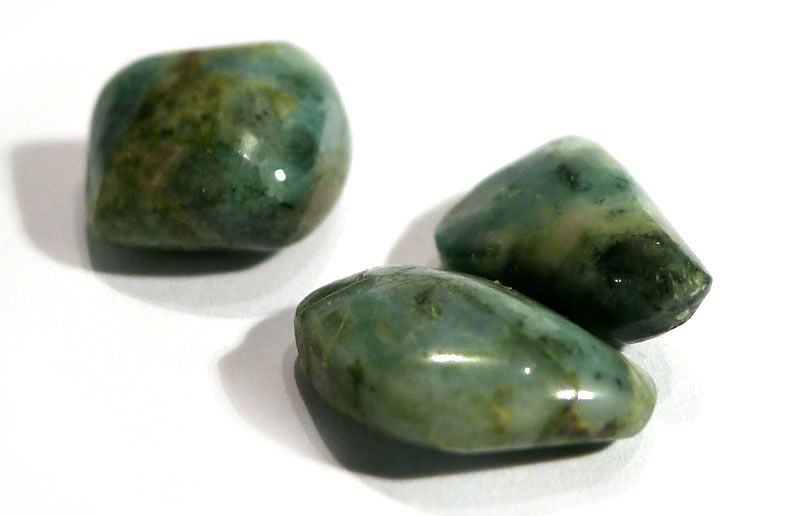