Properties:
Citrine is warming, comforting and energising, like the Sun – a true stone of joy! It dissolves inertia, and stimulates creativity, independence and a desire to move forward. Citrine is profoundly mood lifting, and therefore used in the treatment of depression. It is sometimes referred to as the ‘merchant’s stone’, and kept in purses and shop tills (cash registers, for those across the Atlantic), as well as in the wealth corner of the home, as it is believed to attract abundance (in simple Feng Shui, this is the left hand corner of the home as you enter). It can be an aid in treating digestive complaints, especially of the stomach (organ), and supports organs located near the Solar Plexus, particularly the liver, kidneys, pancreas and gall bladder. If worn with the termination pointing downwards, citrine can have a gentle grounding effect.

Mineralogy:
Citrine generally occurs in the same localities as amethyst. Until recently, most citrine on the market was from Brazil or Russia, but it is getting harder to source from both areas, and currently the vast majority is from the Democratic Republic of Congo (formerly Zambia).

Heat-treated amethyst is often sold as citrine. Amethyst also contains iron, but is believed to form under less intense heat than citrine. Temperatures of 470˚C will turn amethyst pale yellow, and 550 – 560˚C will turn it brown. Heat-treated amethyst is identifiable by a red-orange caste to the colour, broken rather than straight sides, and a white colour near the base of the crystal. Citrine geodes are heat-treated amethyst. I prefer to use natural citrine in therapeutic work, as heat-treating fractures the crystal and the energy becomes somewhat disconnected and hyperactive. However, if you find one of your favourite pieces is actually heat-treated, take a philosophical approach. I keep one natural and one heat-treated in my chakra set, and although I don’t often use the heat-treated piece, I find that some clients need the brighter colour.

History and Tradition:
The name is derived from its lemon-yellow colour. Citrine was often confused with yellow topaz and yellow sapphire (corundum), so most early references are to topaz and corundum. Citrine is known as the ‘merchant’s stone’, and kept in purses and shop tills to attract money, but the origins of this practice are unclear. Most attributes to citrine are relatively modern. 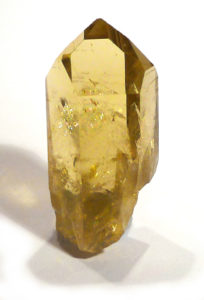 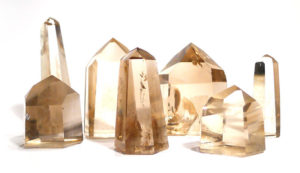 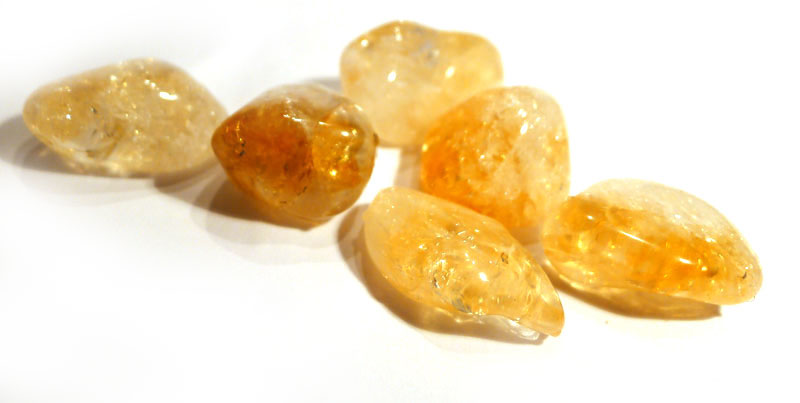