The following properties refer to both minerals:

Blue chalcedony has a gentle, calming energy, and is associated strongly with the Throat Chakra and communication. Because of its gentle nature and the sensitivity of the throat area, it is the main crystal employed for the throat in chakra layouts, preferably using a small piece in order to limit discomfort. Gienger refers to it as the “friendship stone”, as it aids constructive communication, which includes listening as well as clear self-expression. Blue chalcedony, particularly clearer, bluer examples, also facilitates higher communication with the Angelic realm and our spirit guides. It connects with and clears the pineal gland, which governs our sleep patterns, and this, combined with its calm energy, makes it helpful in treating anxiety and sleep disorders. It can also create a soothing, protective cushion in our energy field, so we are not overly sensitive to outside energies. At the same time, it can help us to tune into the depths of our soul, allowing us to see our true selves. Held at the heart, it can connect us with universal unconditional love, allowing us to feel this love for ourselves and for others.

*The Bindu Visarga is a ‘point’ or ‘drop’ in Tantric Yoga, that connects us with the music of the Universe and aids communication with our Guides.

Mineralogy:
Blue lace agate and blue chalcedony are fibrous chalcedonies. ‘Fibrous’ in this context simply means that the crystal is made up of microscopic fibres. Fibrous chalcedonies are translucent, and white in their purest form, but trace elements and microscopic inclusions give them a wide range of colours. Habit may be maxillary (“breast-like”), botryoidal (resembling a bunch of grapes), or stalactitic (forming as stalactites and stalagmites). They form in geodes, veins and concretions when low-temperature, silica-rich waters percolate through existing rocks, particularly volcanic rocks (bear in mind, low temperature in this instance is still extremely hot!). Chalcedony is relatively porous, and frequently dyed to improve its marketability.

Agates are concentrically banded, shell-like chalcedony. Bands can be multi-coloured, or of the same colour. One of the layered agates most commonly available is blue lace agate, where layers of blue chalcedony are interlayered with colourless or white chalcedony. Most brightly coloured agates are dyed.

The name ‘agate’ is derived from its occurrence at the Achates River in southwest Sicily – the source mentioned by both Theophrastus and Pliny the Elder – but its history is far older. Worldwide, agate beads, arrowheads and other artefacts have been found in Neolithic sites. The Egyptians mined agate from about 3,500 BC, and they, along with the Mesopotamians and Sumerians, fashioned it into cylinder seals, signet rings, beads and other objects. In Theophrastus’ time (3rd century BC) it was a valuable stone. By the 1st century AD this was no longer the case. Pliny wrote in A Natural History, “The achates was in older times highly valued, but now it is cheap.”
In the 11th century, Marbodus, Bishop of Rennes, declared that agate makes the wearer persuasive, agreeable and gives him (or presumably her) the favour of God; and Camillo Leonardo claimed that agates bestow victory and strength on their owners and can avert tempests and lighting. In the Middle East, up until the middle of the 19th century, agate was carved so the layering resembled an eye, and worn as an amulet to neutralise the power of the ‘evil eye’. 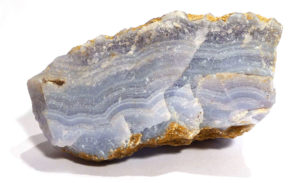 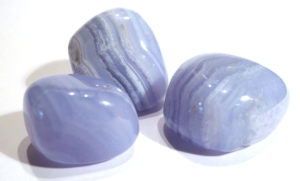 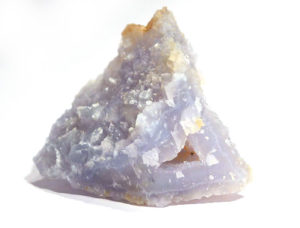 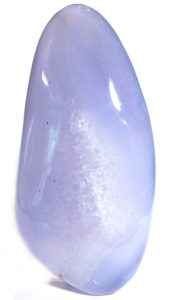 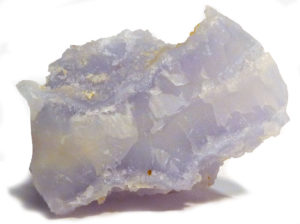 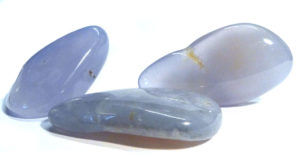