Morganite’s lovely, clear pink colour indicates that this is a heart crystal – but it is a heart crystal with a difference. The detached quality of beryl means morganite teaches us to love without ego. This makes it an excellent stone for facilitators and practitioners, allowing us to love our clients and students without becoming attached to outcome or personally involved, and gifting us the ability to facilitate without our egos getting in the way. Judy Hall recommends its use for alleviation of stress and anxiety, especially by sitting in a morganite circle (that could be expensive!). Melody advises using it to clear and treat diseases of the lungs. Morganite has a powerful connection with the Angelic realm, but for me this connection is with the Overseers – the higher echelons of angels responsible for witnessing the bigger picture, the fate of the Earth and the Universe, and who rarely interact with the human realm.

History and Tradition:
Interestingly, although a very old name, there appears to be confusion about its origin. One source (Schumann) says it comes from India; while two others (MinDat and Bonewitz) suggest it is from the Greek ‘beryllos’, referring to a variety of green stones. Neither provide an indication as to its meaning. 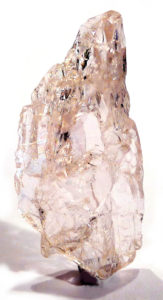 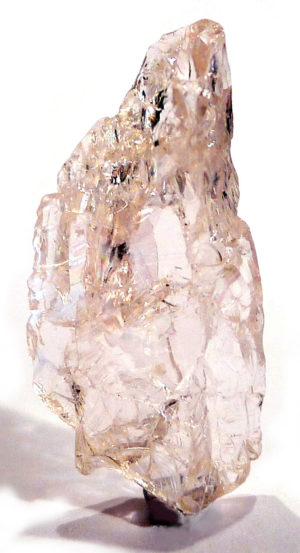 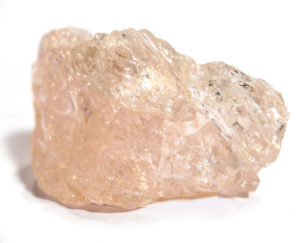