Aquamarine promotes spiritual growth and psychic development, especially clairvoyance, as well as inner stillness and expansion. It can lift the spirits, helping us to feel happy and relaxed, yet without lethargy, so we are still goal-orientated and dynamic. It brings clarity in confusion, and helps us to organise our thoughts and ideas. Carried through from the Middle Ages, it is still believed to encourage us to ‘speak our truth’, without anger or unnecessary emotional fallout. It aids balance on all levels, including hormone, mood and energy balancing. On a physical level, it is detoxifying, supports the immune and autoimmune systems, and is particularly useful in the treatment of diseases of the thyroid. For centuries it has been purported to improve eyesight, and is still used in this manner today. Aquamarine crystal water (fresh, without preservative) can be used as eyewash to treat vision problems, infection, and diseases of the eye.

Mineralogy:
Unless you have been working with minerals for a while, you are unlikely to have heard of beryl, except possibly as the “elf stone” in Tolkien’s Lord of the Rings. However, most people will be familiar with its main gemstone varieties, such as aquamarine and emerald. It occurs as a minor constituent of many granites, and their associated pegmatites. Beryl has not been found in large deposits, and most beryl production is a by-product of the mining of feldspar and mica. All beryls have the same chemical formula – the wide colour range is a result of included trace elements such as iron, lithium and chromium. Good quality crystals frequently display small rainbows, which can be an identifying factor. Common beryl, which is tan to pale green, blue or colourless, is a major source of the rare element beryllium, used to regulate the flow of neutrons in beryllium moderated nuclear reactors. Up until 1925, when this use was discovered, beryl was used exclusively as a gemstone. I

History and Tradition:
Interestingly, although a very old name, there appears to be confusion about its origin. One source (Schumann) says it comes from India; while two others (MinDat and Bonewitz) suggest it is from the Greek ‘beryllos’, referring to a variety of green stones. Neither provide an indication as to its meaning.
Damigeron (2nd century BC) recommends drinking beryl crystal water to cure damage to the eye. Pliny the Elder also mentions its use (as crystal water and in powdered form) to treat eye diseases. Hildegard von Bingen suggests drinking beryl water to dispel ingested poison, and goes on to say that someone who wears, carries or holds beryl regularly will be tranquil and not dispute with others (true in my experience!). Beryl was worn in adversarial situations, such as battle or litigation, as it was deemed to render the wearer unconquerable, yet amiable, and to quicken the intellect as well as cure laziness (Arnaldus Saxo, c. 1220 AD. In Thomas de Cantimpré’s (1201 – 1270) Liber de Rerum Natura it was recommended for several medicinal purposes, including the treatment of swollen glands by rubbing it on the affected area. He also claimed it would rekindle love in married couples. 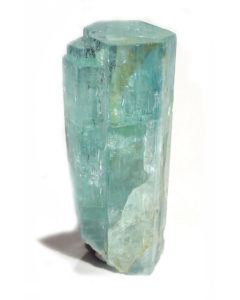 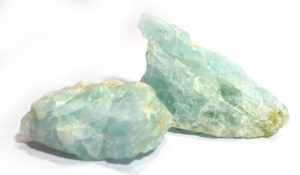 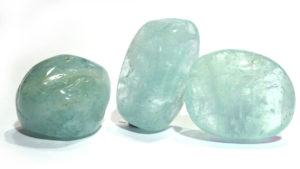 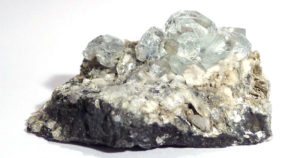 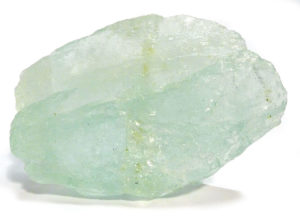 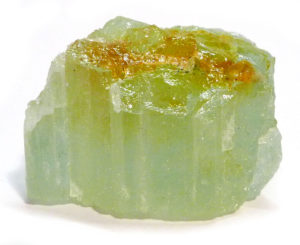 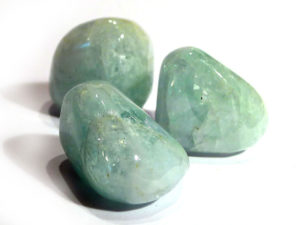 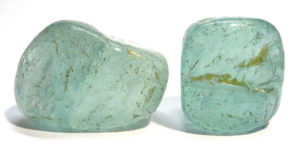