Fetishes are animal carvings, traditionally part of Zuni ceramonial tradition, although many artists now come from other tribes. Each animal has a specific meaning. Traditionally they were used to invoke the spirit of that animal.  Often they have an arrow, either carved or inlaid, pointing from the mouth to the body, called the Heart Line, because although the animal is stone, it is believed to possess a real spirit.  If there is an arrowhead tied to its back with sinew or twine, it is a hunting fetish.  Any power the fetish possesses is imbued by its owner, not the other way around. The meanings of each animal are below.

Guardians of the Six Directions 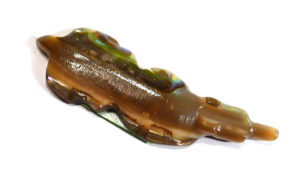 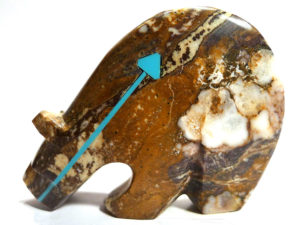 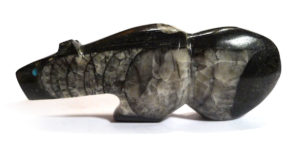 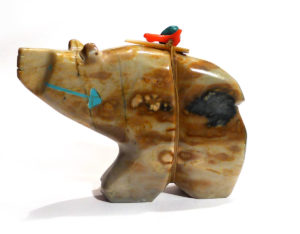 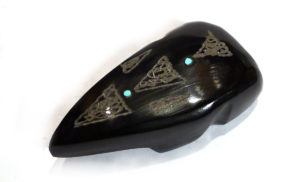 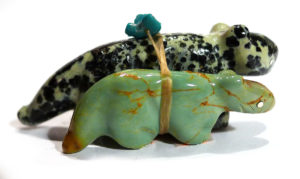 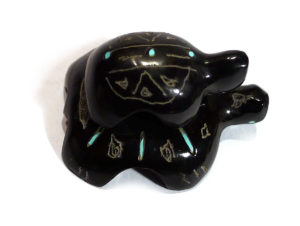