Properties:
Peridot’s light, gentle energy is balancing, mood-lifting and detoxifying. Just the appearance of its bright clear green colour can raise the spirits and bring a smile. It strengthens the immune system, and is particularly good for filter organs, especially the liver and kidneys. It can also be used to treat skin complaints, both by wearing it, and also by bathing or washing in its crystal water. Peridot nurtures, giving a sense of being ‘held in light’, and also stimulates inner flow and inner stillness, helping us to feel both calm and optimistic. It has been used for protection against demons and evil spirits for thousands of years. Some practitioners use it to help the cervix reach full dilation in labour, and thus ease the birthing process. The bright green colour is symbolic of new growth, so it can be worn or placed on an altar when starting new ventures or a new phase of life.

Mineralogy:
Also known as forsterite, olivine, night or evening emerald, false emerald, chrysolite (an old name no longer used), plus a number of confusing names for marketing purposes, such as “Brazilian chrysoberyl” (it is not chrysoberyl).

Peridot (the “t” is silent), is the common name for the green-to-yellow gem variety of olivine. Olivine is a group of simple nesosilicates, which form a solid-state solution series (meaning that iron and magnesium substitute freely in the crystal structure without altering it), with iron-rich fayalite at one end and magnesium-rich forsterite at the other. Most peridot is about 90% forsterite. Olivine is believed to be a major component of the Earth’s upper mantle (the viscous layer that allows the continents to drift), and is therefore probably one of the most abundant minerals on the planet. It forms volcanically, usually in mafic or ultramafic lavas, and sometimes as volcanic ‘bombs’ released explosively from volcanoes. Well-formed crystals are rare, but when they do form they are tabular with wedge-shaped terminations.

History and Tradition:
Peridot’s history is rather confused, as it has been grouped together with other green and yellow minerals for thousands of years. The name originates from the French peritot (of uncertain origin), and it was known as perdota in England from the thirteenth century, until the “a” was later dropped. Its older name, chrysolite, is from the Greek for “golden” and “stone”. Pliny the Elder describes its discovery on the island of Topazos in the Red Sea (now known as St John’s Island, still a major source of peridot), and it was frequently confused with emerald. Consequently, some ancient traditions associated with it also apply to topaz and emerald.

There is evidence of peridot being mined in Ancient Egypt from about 4000 years ago, and reference to its being highly valued by the Egyptian nobility in a papyrus dating from around 1500 BC. Peridot was associated with the sun from ancient times, so believed to shine light into dark places. It was therefore believed to combat or banish evil and prevent night terrors. De Virutibus Lapidum (attributed to Damigeron, 2nd century BC) describes piercing peridot, threading it on a thick hair, and attaching it to the left arm for protection against evil spirits. Mention of this practice is repeated in various lapidaries through to the nineteenth century. In Christian tradition, it has been associated with the apostle Bartholomew since the 10th century. 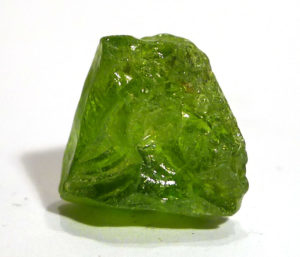 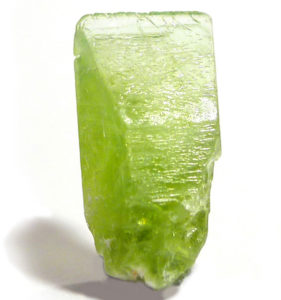 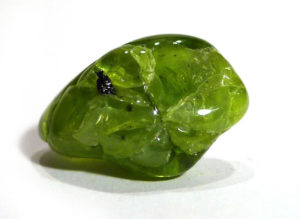 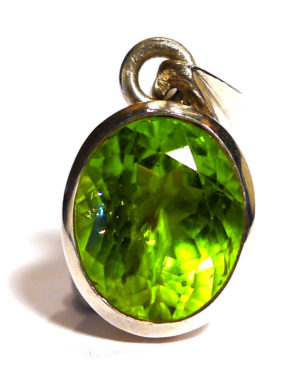 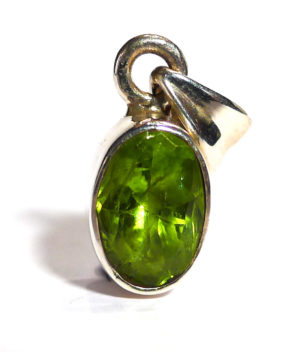 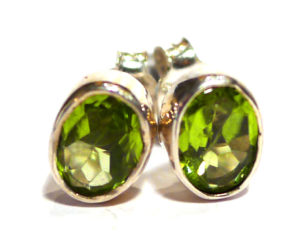 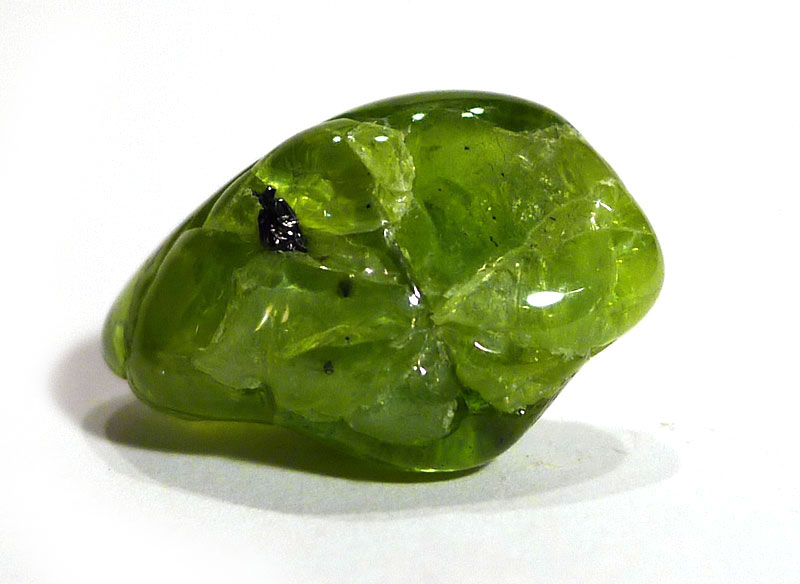