Malachite has been much maligned on the internet recently after a rumour started that it is highly toxic. Sorry guys, but this is rubbish, and I think it’s about time to set the record straight. There is a slight risk that, if a substantial amount of malachite powder is inhaled over a period of time, it can cause lung problems, and I’m sure if you were to eat a large quantity of the stuff, it probably would have a disastrous affect – but so would a lot of things, including toothpaste.

But absorbing toxicity through the skin? Please! Malacite has been popular in jewellery for thousands of years. I’m sure someone would have noticed by now if everyone wearing malachite jewellery suddenly dropped dead. In fact, it is naturally bacteriostatic, meaning it can prevent and treat infection.

History: Named in antiquity after the Greek for mallow, alluding to its resemblance to the green of the leaves. Malachite is probably one of the most important minerals in human history and culture. There are malachite mines dating back to 4000 BC, most notably in the Sinai. Around that time it was discovered that heating the mineral in a hot fire would reduce it to copper. This in turn led to experimentation with other minerals, and the development of metallurgy. Malachite can be ground down to produce a rich green pigment, with examples of its use in wall paintings in ancient Egypt from 3000 BC. The ancient Egyptians also used the powder as an eye shadow. This would have prevented eye infection, which the Egyptians were prone to, due to its natural bacteriostatic qualities. There are 39 remedies listing the use of malachite in the Ebers Papyrus (an ancient Egyptian medical treatise dating from around 1,500 BC), most of which are treatments for eye problems and infections. Nearer home, malachite was mined for copper in the Great Orme Mine near Llandudno, Wales between 1860 BC and 600 BC. In ancient Greece and Rome (mentioned by Pliny), malachite was used in protection amulets for children. There are similar references in two 16th century lapidaries(1), recommending it as an amulet for placing in an infant’s cradle, to keep away evil spirits and help the child sleep peacefully. Other European references from the same period recommend it to prevent falls, or bites from venomous creatures, and to protect the wearer from enchantments and evil spirits; it was also purported to break into pieces to warn of danger. In some parts of Italy, as recently as the 19th Century, amulets were carved so the layering would resemble an eye, to protect the wearer from the spell of the Evil Eye. Gienger makes references to malachite’s connection with goddess worship in many cultures. Gienger’s writing is always well researched, so I have no reason to doubt this assertion, but found no similar references in my own research.

Properties: Malachite is a powerful healer and balancer on every level, and possesses natural bacteriostatic qualities, so can be used to support the immune system and fight infection. Some refer to it as the “midwife stone”, as it is used to ease both labour and period pains. With its high copper content, it is believed to draw off heat and inflammation, and so is an effective remedy for relieving osteoarthritis and other inflammatory illnesses or injuries, as well as reducing fever. In combination with carnelian and smoky quartz, it forms the “magic triad” for treating lower back pain. Malachite has been used as a protective amulet throughout history, particularly for children. It is often employed to absorb pollution and electromagnetic radiation around computers and other electrical appliances. 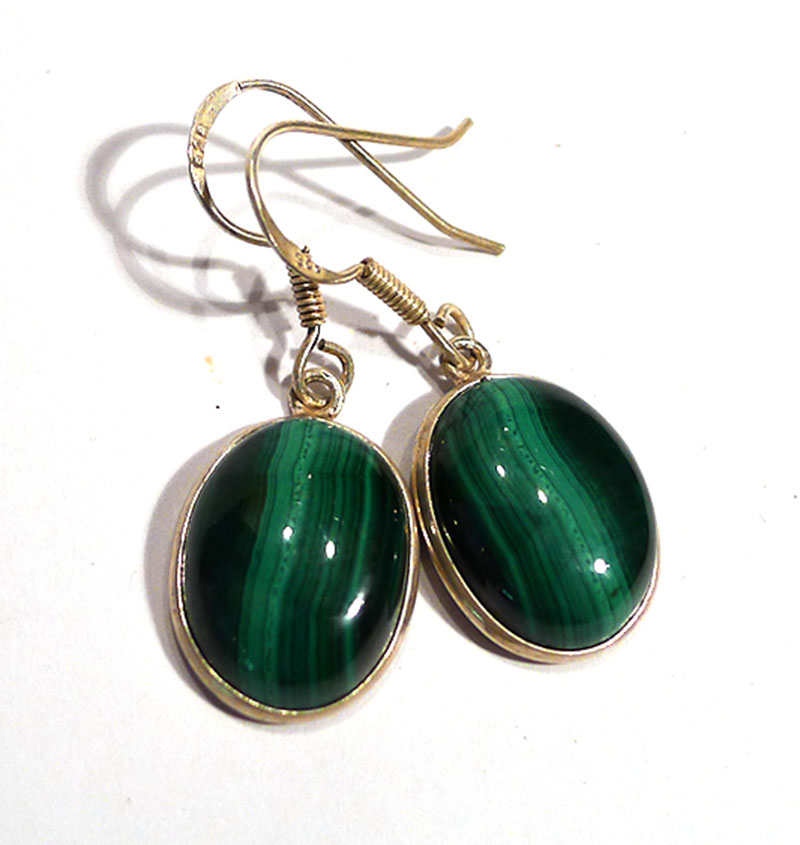 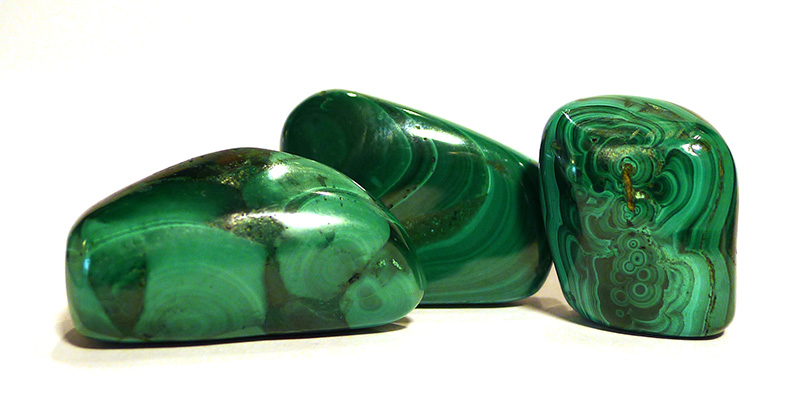