In addition to the general properties of garnet, spessartine confers a sense of being fully present in the body at this moment in time, and releases and burns off anything that is not needed, including any emotional baggage. It sustains, opens and strengthens the heart, both emotionally and physically, and supports the parathyroid as well as the lymphatic and immune systems, being especially helpful in treating upper respiratory infections and issues, such as hay fever, asthma and colds. Spessartine also influences the ventricles of the brain, improving flow of cerebrospinal fluid. It can be useful in balancing male/female energy, and aids development of psychic gifts, including clairaudience and mediumship. It Influences pericardium (heart constrictor) and large intestine meridians in Chinese medicine.

Spessartine was named after its type locality in the Spessart Mountains, Germany. 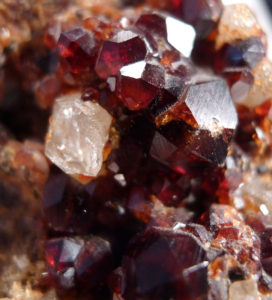 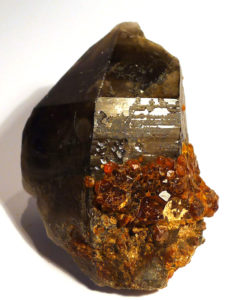