Bytownite shares general characteristics with other members of the feldspar group, such as labradorite. In addition, bytownite has a powerful vibration that seems to affect the area of the body that is nearest; for example, used near the Root Chakra it can aid grounding. It aligns and balances the chakras, opens the Throat and Crown Chakras, and can be used to energise the Solar Plexus area and treat the kidneys, spleen and stomach. It strengthens the metabolism and can be used to treat skin complaints, especially when used as a crystal water to wash the affected area.

Mineralogy:
Feldspars form an important group of silicate minerals. They are the most common minerals in the Earth’s crust, and a major component of most igneous (volcanic) rocks. There are a number of popular minerals in this group, some of which are notable for their play of light and colour. Feldspars are usually prismatic (i.e. form large identifiable crystals), but this is rarely displayed, with the possible exception of amazonite and orthoclase. Some rock and mineral books will have all of the following under the generic heading ‘Feldspar’, rather than listing them as individual minerals.

Bytownite is sometimes referred to as golden labradorite, but is really a rare form of plagioclase feldspar.

History and Tradition:
Bytownite is named after its type locality, Bytown (now Ottowa), Canada. There are no traditions associated with this mineral. 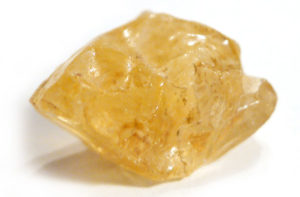