Properties:
Green aventurine is balancing, supports the immune system, assists in general physical healing, and is the foremost green heart stone in use in crystal therapy. It is considered so harmonising that it is used in Shen Tao Feng Shui, specifically to restore harmony in the home when there has been conflict between the inhabitants. In my experience of using it for this purpose, the cause of the conflict often chooses to remove him- or herself from the situation almost immediately, although in some cases genuine harmony is restored without a major change of occupants. Green aventurine is said to enhance self-esteem. The included mica has a dampening effect on electromagnetic radiation, and it can be worn, or placed near computers. Aventurine often contains included pyrite, which aids protection and lifts the spirits. Michael Gienger recommends the green variety in the treatment of certain heart diseases and arteriosclerosis.

Blue aventurine is far less common than green, and although I have it in my ‘toolkit’, I don’t often use it in treatments. It shares many of the benefits of green aventurine, and is certainly balancing, but this seems to be primarily on an emotional level, where it bestows a calm and detached outlook. Its blue colouration has a strong alignment with the Throat Chakra, supporting thyroid function and aiding communication – although the latter effect is not so strong as with some other blue minerals. It has a ‘blue sky’ effect, clearing the mind to aid clear thinking and opening up new approaches to creative ideas.

With red aventurine (also known as orange or peach aventurine), the clearing and balancing characteristics focus on the lower chakras, from the Solar Plexus down. It is still harmonising, and adds grounding to the mix, making it surprisingly calm given its orange colour (which is usually considered vibrant and energising). It releases and clears old, held energy from the Solar Plexus, especially tension and anger, and treats digestive complaints, such as IBS.

Mineralogy:
Aventurine is a variety of quartz. The name was originally a trade name, but is now widely accepted as the mineralogical name. It forms massively (with no distinct crystal faces), and is characterised by its spangled or glittery appearance, which is due to the inclusion of other minerals. It is most commonly dark opaque green, the colouration and sparkle due to included fuchsite (green mica), and it often has pyrite inclusion as well. Brown aventurine is coloured by pyrite, and red aventurine by hematite. It also occurs in yellow, orange and blue. It is generally sold as a tumbled or polished stone, or in jewellery. In the past, the name aventurine was also applied to certain varieties of feldspar, sunstone in particular.

History and Tradition:
The name comes from the Italian ventura, meaning “chance” – as in it was found by chance. There are no traditions associated with aventurine. 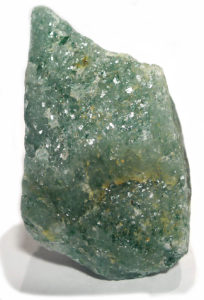 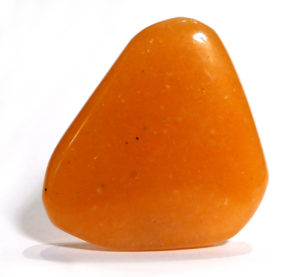 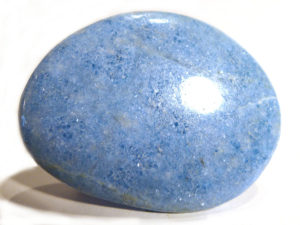 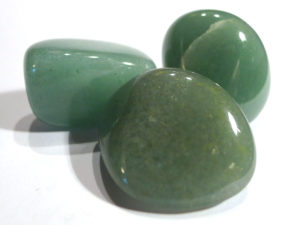 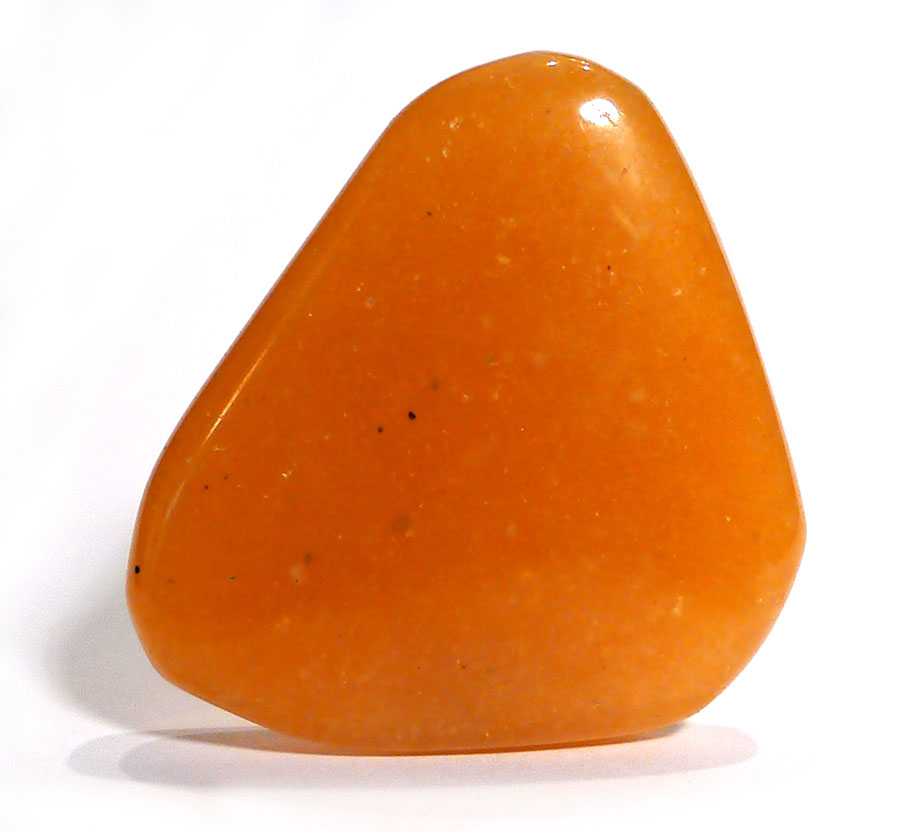